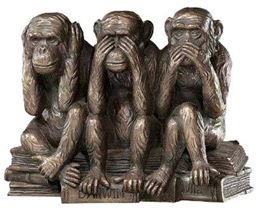 You have subjected me to six years of unlawful, politicized detention without charge in prison, under house arrest and four and a half years at this embassy. You should have asked me this question six years ago. Your actions in refusing to take my statement for the last six years have been found to be unlawful by the UN Working Group on Arbitrary Detention and by the Swedish Court of Appeal. You have been found to have subjected me to cruel, inhuman and degrading treatment. You have denied me effective legal representation in this process. Despite this, I feel compelled to cooperate even though you are not safeguarding my rights.

I. THE SWEDISH PRELIMINARY INVESTIGATION

I, Julian Assange, an Australian citizen, have had my passport taken by British authorities and so cannot provide formal identification, am in a situation of arbitrary detention according to the decision of the United Nations Working Group of Arbitrary Detention (UNWGAD) of 4 December 2015; a political refugee since 19 June 2012 at the Embassy of Ecuador with asylum which was granted by Ecuador on 16 August 2012, and hereby appear before the authorities of Sweden and Ecuador in the framework of a rogatory commission that has been entered between these two states, requested by the Swedish prosecutor Marianne Ny, and declare that:

“The Court of Appeal notes, however, that the investigation into the suspected crimes has come to a halt and considers that the failure of the prosecutors to examine alternative avenues is not in line with their obligation – in the interests of everyone concerned – to move the preliminary investigation forward.”
“...after more than five years' time lapse, he is still left at the stage of preliminary investigation with no predictability as to whether and when a formal process of any judicial dealing would commence...” [para. 97] “...Mr Assange has been denied the opportunity to provide a statement, which is a fundamental aspect of the audi alteram partem principle, the access to exculpatory evidence, and thus the opportunity to defend himself against the allegations...” [para. 98] “...the duration of such detention is ipso facto incompatible with the presumption of innocence.” [para. 98]

"Australian security authorities are assisting a United States intelligence probe into the whistleblower website Wikileaks and its Australian founder and editor, Julian Assange. The US request for support in what Australian national security sources described as 'a counter-espionage investigation' preceded Wikileaks' dramatic publication yesterday of a leaked US military operations log, described as an ''extraordinary compendium'' of 91,000 reports by United States and allied soldiers fighting in Afghanistan.”

"declined to comment about the investigation beyond noting that he had enlisted the Federal Bureau of Investigation to assist Army investigators, a move that is seen as a precursor to potentially charging people who are not uniformed service members [...] A person familiar with the investigation has said that Justice Department lawyers are exploring whether Mr. Assange and WikiLeaks could be charged with inducing, or conspiring in, violations of the Espionage Act, a 1917 law that prohibits the unauthorized disclosure of national security information."

"…the government has a wide range of options for dealing with him. It can employ not only law enforcement but also intelligence and military assets to bring Assange to justice."

“The United States should make clear that it will not tolerate any country -- and particularly NATO allies such as Belgium and Iceland -- providing safe haven for criminals who put the lives of NATO forces at risk. With appropriate diplomatic pressure, these governments may cooperate in bringing Assange to justice. But if they refuse, the United States can arrest Assange on their territory without their knowledge or approval."

"the FBI may use its statutory authority to investigate and arrest individuals for violating United States law, even if the FBI's actions contravene customary international law" and that an "arrest that is inconsistent with international or foreign law does not violate the Fourth Amendment." In other words, we do not need permission to apprehend Assange or his co-conspirators anywhere in the world.

Arresting Assange would be a major blow to his organization. But taking him off the streets is not enough; we must also recover the documents he unlawfully possesses and disable the system he has built to illegally disseminate classified information.

This should be done, ideally, through international law enforcement cooperation. But if such cooperation is not forthcoming, the United States can and should act alone."

"[Assange] will certainly be targeted for petty harassment and subject to steady surveillance, and efforts to kidnap him are almost certainly being spun at this very moment."

"In a nondescript suite of government offices not far from the Pentagon, nearly 120 intelligence analysts, FBI agents, and others are at work—24 hours a day, seven days a week—on the frontlines of the government’s secret war against WikiLeaks.
Dubbed the WikiLeaks War Room by some of its occupants, the round-the-clock operation is on high alert this month …"

An article published the day before I went to Sweden stated that "The Obama administration is pressing Britain, Germany, Australia, and other allied Western governments to consider opening criminal investigations of WikiLeaks founder Julian Assange and to severely limit his nomadic travels across international borders, American officials say."

"Through diplomatic and military channels, the Obama administration is hoping to convince Britain, Germany, and Australia, among other allied governments, that Assange should not be welcome on their shores either, given the danger that his group poses to their troops stationed in Afghanistan, American officials say. They say severe limitations on Assange’s travels might serve as a useful warning to his followers that their own freedom is now at risk."
"The United States ambassador to Switzerland, Donald Beyer, has also entered the Wikileaks debate. He has warned the Swiss government against granting Assange asylum, which the Australian founder of Wikileaks has said he was considering requesting. “Switzerland should very carefully consider whether to provide shelter to someone who is on the run from the law”.

“An American military official tells The Daily Beast that Washington may also want to closely review its relations with Iceland in the wake of the release of the Afghan war logs.”

“I think it is entirely appropriate for us to be very aggressive [...] If I were the US government, I would be trying to make it as difficult as possible for the WikiLeaks founder to continue to do business... To the extent we can persuade our allies to consider prosecution, I think that's all to the good.”

In the period of time since [the HOPE conference on 16 July 2010] they’ve started detaining me, around a dozen-plus times... I was put into a special room, where they frisked me, put me up against the wall... they took my laptop... then they interrogated me, denied me access to a lawyer. And when they did the interrogation, they have a member of the U.S. Army, on American soil. And they refused to let me go. They ... implied that if I didn’t make a deal with them, that I’d be sexually assaulted in prison.

“On 30th August 2010, the Appellant, who had voluntarily remained in Sweden to cooperate with the investigation, attended for police interview in respect of the ongoing Preliminary Investigation in respect of AA’s report. He answered all questions asked of him.”

You have subjected me to six years of unlawful, politicized detention without charge in prison, under house arrest and four and a half years at this embassy. You should have asked me this question six years ago. Your actions in refusing to take my statement for the last six years have been found to be unlawful by the UN Working Group on Arbitrary Detention and by the Swedish Court of Appeal. You have been found to have subjected me to cruel, inhuman and degrading treatment. You have denied me effective legal representation in this process. Despite this, I feel compelled to cooperate even though you are not safeguarding my rights. I refer you to my statement where all these questions were answered.