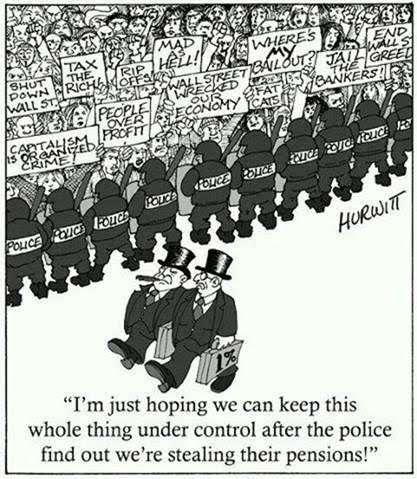 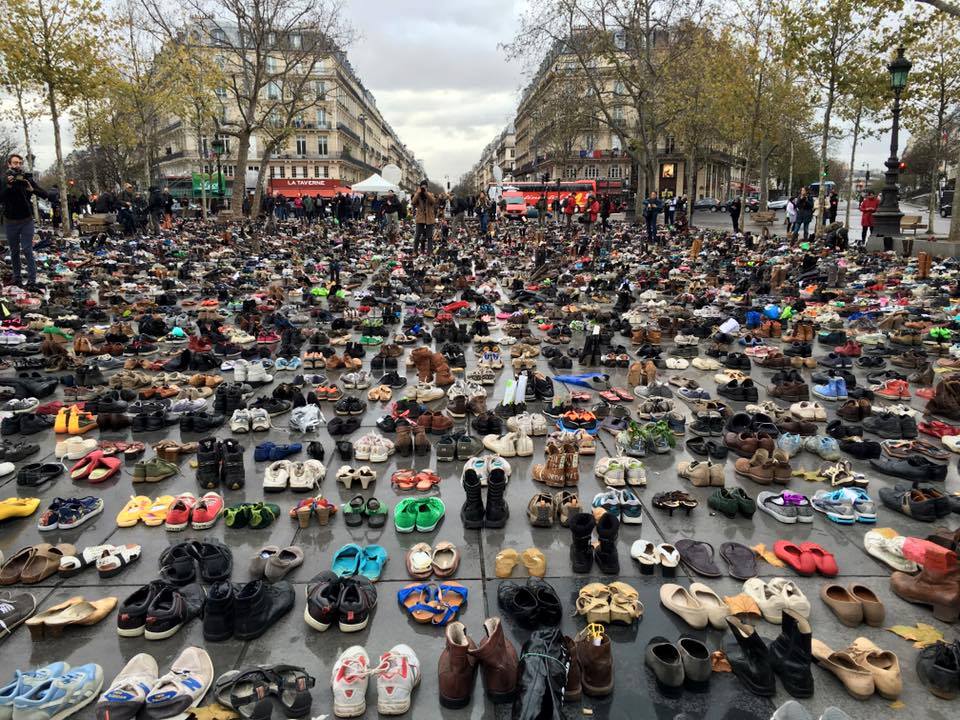 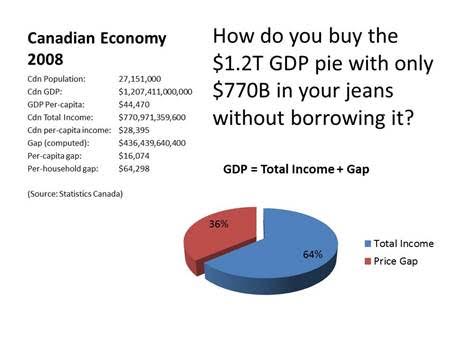 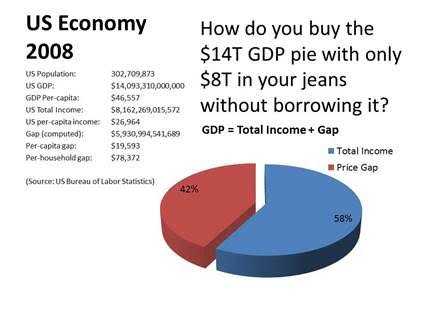 This amounts to about $17,000 per year for every man, woman and child – or about $70,000 per family household.  Is that enough to live a modest but comfortable life?  Will that take a person to retirement through sickness and health?  This is certainly better than is offered by any nation on earth today.
Son:       I see a problem with all this liesure.  If most people don’t have to work, won’t that result in boredom, increase in crime, drug and alcohol abuse, and a generally unhappy population?
Father: Perhaps for some people but in general I don’t think so.  Parents will have more time to raise and educate their children properly, painters will paint, musicians will make music, adventurers will go on adventures, readers will read, writers will write, inventors will invent, businessmen will bring products to us that will enrich our lives, explorers will explore, those with a compassion for their fellow man will give of themselves in that area, the curious will learn, the sick will convalesce in peace, the old will age gracefully and in security and society will generally become richer in the final analysis.  In any case, it has never been like this anywhere in the world at any time so we can’t say for sure what would happen.  There have been a few experiments conducted in Canada and India where people in small communities were given a modest guaranteed income and the community was much improved as a result.
Son:       OK here is another problem.  What about trade with nations?  Today every economy is engaged in a “race to the bottom” where each is trying to debase the value of their currency in order to gain a favorable balance of trade.  If every nation is a net exporter, then that is mathematically impossible.  For every winner, there must be a loser.  This is the classical definition of trade wars.  If one nation has a social credit economy, how will they be able to trade with another nation that operates like today?
Father: Great question.  We need to return to first principles first.  Why does anyone trade?  They want to get something they need in exchange for something they have.  This implies some obvious preconditions:
a.       I don’t want to give up something I have in short supply and can’t easily obtain.
b.      I will make anything for myself that I can to minimize how much of my own stuff I must give up to get something I need.  In other words, it is best to be self-sufficient.
c.       If there is something I need, I will give up that which I have in greatest surplus that is also of value to the trading partner.

Given these basics, the next consideration is how to ensure that I as a nation get a fair deal.  My trading partner will be most interested in dumping goods on me to gain a favorable trade balance but I am most interested in just getting the thing I am most short of.  I will give up as little as possible while they want to get rid of as much as possible.  Sounds like a win-win to me.  Eventually they will wake up to the realization that getting rid of their wealth only makes them poorer and giving it to us cheaply will only make us richer.
Son:       When I think of all the schemes and scams that have ever occurred, banking is unquestionably the biggest scam ever foisted upon humanity.  I have to ask you father.  Why do you continue to promote and defend this system?
Father: That is easy.  I get something for nothing, I control a great deal and I compel my fellow man to serve me.  I am a king and a king maker.  If everyone is self-sufficient, nobody will perform any more service than is necessary to preserve or increase their standard of living.  Cleaning my toilets, washing my clothes and generally doing my bidding is no longer going to be a necessity of society as the means of one’s bread.  In other words, I am selfish.  Besides, sheeple are so stupid that if bankers like me did not lead them by the nose, they would be worse off than they are now.
Son:       I don’t agree.  That is entirely self-serving.  So what will happen if I blow the whistle on you?
Father: Easy.  You die.
Son:       What if I wait for you to die, get my inheritance and then blow the whistle?
Father: Easy.  You die.  Did you think it will be me who will kill you?  Oh no, no, no!  Other bankers will kill you.  We are the ultimate organized crime syndicate on planet earth.  We are the government that rules the government.  We are the invisible hand.  We will not change until we are FORCED to change.  There is merit in the assertion that we are banksters.  We are!
Son:       Wow!  That’s pitiful.  Even you are a slave.  If you wanted to change your mind and help your fellow man, they would kill you too!

Some months back, you challenged me to come up with an explanation for the lay person that could easily be understood.  I think I have done it.  The following is a dialog between a bankster and his son – teaching him the ropes.  If this was done in the form of a cartoon, compelling comic visuals could be tied to each statement that would make the story easily understood.  Here is the narrative.  If there is anyone who can help with the art side, that would be awesome.  It could even be set to a video.  This is basically a script.  Let me know what you think.  If you want to publish it, that would be great too.

Let me know what you think:

I'm glad that you grant the "locked in" aspect of the problem, i.e., some producer credit contributes to the flow of prices when spent, but does not get into consumers' pockets as income.

Now, you write: "The money that is borrowed to build a factory and is canceled out when repaid is irrelevant;"

Well no, it is not irrelevant because when that money was spent it created a factory that has a price value on it. Thus, the capital loan has to be paid and the factory has to be depreciated so that it can be replaced. When the owner of the factory tries to "sell" the factory to the public by charging for it in the costs of the goods he produces for consumers over 10, 20 years, there will be no money to automatically cover the cost if it has already been used (or its equivalent) to pay down the capital loan. An example that is frequently used in SC literature is this: let us say that the workers in the example get the whole 100,000 (which they don't in practice) and then the company issues shares. Let us then assume that the workers are well off so they use that 100,000 received in wages to buy the shares. The company has its 100,000 again and uses it to pay down the capital loan. Poof! Money and debt cancel each other out of existence. The company will now charge 10,000 a year into prices (for ten years let us say) in order to recover the cost of the factory ... but where is the money to come from? Hence the need for additional money which, under the existing system, can only come from bank debt and only on the condition that it directly or indirectly engenders additional economic activity and growth for the sake of distributing additional incomes. It's a mad world.

I should of course add that, according to SC theory, a net increase in savings by consumers or a decision on the part of consumers to re-invest savings also aggravate the purchasing power deficiency that may manifest itself at any given time.