Confucius
This prophetic mail was sent in April 2008, copy for you

More and more robots and computers will produce most of the goods. less and less human will be necessary to produce what is neccesary to live, the problem is how to distribute the money to buy all goods on the market ?

Do not accept a centralized system, go the swiss way. Small is beautiful.

Say no to more taxes. 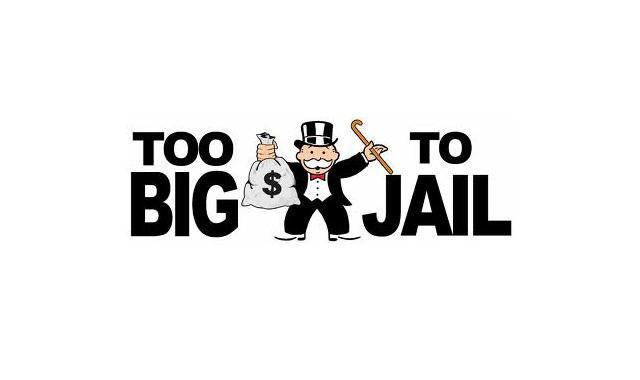 Robert A. Heinlein described a Social Credit economy in his first novel, For Us, the Living (published in 2003, but apparently written ca. 1939). (Beyond This Horizon describes a similar system, but in less detail.) The society in the book uses a method to prevent inflation: the government makes a deal with business owners. Instead of increasing prices, they cut prices, and the government (or the Bank of the United States) pays them the difference after seeing their sales receipts. Like the guaranteed income or heritage checks, this money comes out of the inkwell. In the future, the government no longer uses taxation to fund itself. The characters point out that present "fractional reserve" law allows banks to create money (by loaning out many times more money than they have on hand), while in Heinlein's future society only the US government can create US currency.
Robert Anton Wilson proposed another form of Social Credit. His plan aimed to end wage slavery, and began by offering a reward to any worker who designed him-or-herself out of a job. The guaranteed income (or, in the Schrödinger's Cat Trilogy, a lesser reward to all other workers who "lose" their jobs to innovation) would prevent starvation. This income would consist of "trade aids" which would lose numerical value with the passage of time. This official reduction in value would encourage spending and (although Wilson does not state this explicitly) limit price inflation. Elsewhere, Wilson attributed this strategy to Silvio Gesell, who also suggested the government encourage small communities to experiment with alternate economic models. If one of these enclaves seemed especially successful, the country could copy their model in place of Gesell's own plan.

You can write on the card some basic personal information: your name, your address, your card number (which is the same as your bank account number), your birth date and signature. The signature proves that you are the owner of this card; even if you lose it, nobody else can use it, for as you will see later, your signature is required on the cards — yours and that of the person with whom you are exchanging goods or services — every time you make a transaction.
The first thing to do after these cards are distributed is to give numbers to the people. That means that everyone that is in the room should be allocated a number, one after the other. The first row can have the number 1, 2, 3, and so on. Everyone says the next number in sequence and everyone writes his number on his card. One person in charge of the ledger for the community writes all the names in the ledger with the corresponding account number. This will be your bank account number. It is like a football team — you give a number to everyone, and this number matches the name on the card.
Depending of the level of development in the community, you can add your phone number and e-mail address, if applicable. You can also mention your trade (present occupation) and other jobs you could do or services you could offer. This information can be used if one wants to create a catalogue of all the goods and services offered in the community. On the back of the card, there is the address and phone number of the local bank.
Now, in the other columns, you have the date, the reason of the transaction, a column to show the money you spend (money out of your account), the account number and signature of the person with whom you are transacting, and a column for the money coming in to you. You can see that this is very simple.
An illustration
Figure 2 — Tom Smith's card

Now to understand better how it works, we have an example you can look at. (Figure 2, Tom Smith's card.) The first amount written down on your card will be an effective implementation of Social Credit: a social dividend, given periodically (once a month) to every member of the community, representing their common heritage in the wealth of the community (progress, life in society, natural resources). This amount is to be determined by the community, and must cover the basic necessities of life. So, on the first line, you see a date, the reason (a dividend), nothing in the money-out column (you draw a line; it is money that you receive, not money that you spend), the number and signature of the person giving you that money (in this case, the signature of the local bank or its director, and for the sake of the example, the number "0" was allocated to the bank.) And on the last column, money in, $100 is inscribed. The bank has given you a dividend of $100. This transaction has also been inscribed in the ledger of the bank.
Now on the second line, let us suppose that Tom Smith wants to buy from Paul Jones 50 kilos of apples, for a cost of $50. So you have the date of the transaction, the reason (purchase of apples), the amount you spent ($50), the number and signature of Paul Jones who sold you the apples (Paul Jones, for the sake of this example, was allocated account number 2.) Paul Jones signs his name on your card, and you sign your name on his card.
Figure 3 — Paul Jones' card

Longer article was published in the June-July, 2005 issue of "Michael".


Back to list of articles
Back to the Michael's homepage


Subprime crisis,  a systemic crisis : how to reform the whole system before a massive failure of most currencies?


Is really more centralization and more power to less people earning more millions $ at the expanse of more and more poors the solution ?

What are the roots of the problems ?

Do you find good that a few individuals can earn salaries above US $ one billion per year…( sic, with all bonuses, incentives, stock options…), one hundred million, 20 millions and so on, when others are dying of hunger ?

While large financial assets are growing exponentially and in a continuous manner, debts will increase even much more. It is the responsibility of the working population to generate interest and accumulated interest. This creation takes place directly in purchases - Helmut Creutz, estimates that 40% of the price of consumer goods, at least, are now hidden interests - and in the form of taxes.

The real cost of the interest on public utilities is above 1'000 % ( sic, one thousand per cent)

Even central and local government must provide debt service continuously paying interest and accumulated interest. This development requires an exponential growth of the economy and constantly leads to new crises.

One author, Hermann Kendel from Berlin, describes in detail the propensity to the crisis and the various attempts to moderate. In doing so, he mentioned other consequences of the system of accumulated interest, including the ongoing crisis in the Third World and ecological disaster.

We must work several hours every day to cope with those hidden costs, we have houses 77 % more expansive or smaller, food is twice the price, everything costs too much. 99,9999999 % of the population has to pay those crazy bonuses in New-York to the happy few shylocks…

The US $ has now a value of only 1 swiss franc, from four francs ( 4,47) in 1948, and it will continue to go down. Small is beautiful and Switzerland is very decentralized, we have even the wir system, a private money system. see www.wir.ch

What are they offering ? what "solutions" in one year time ?

Remember, the FED is a private organization, created just before Christmas 1913, the 23th December ( most politicians were already gone to buy presents for their families...), to pass discretly a law to rackett the poorer, at a very high cost, human lifes, wars, revolutions, terrorism.

They create the roots of most troubles.

All the economy is based on loans with interests. Created by a few happy at the cost of more and more poors who are dying.

What are the costs of such a system ? Alcool, drug, psy, depressions, cancers, divorces, abortions, wars, crisis, unemployment...


The main points of the Bush administration's plan to change financial regulation is more centralization and higher costs to the poorer:
— Expand the role of the President's Working Group on Financial Markets to include the entire financial sector and not just financial markets. BIG BROTHER WILL WATCH YOU…
— Create a  new federal commission at very high costs, the Mortgage Origination Commission, to develop uniform, minimum licensing standards for mortgage market participants.
— Move the Office of Thrift Supervision, which regulates thrift institutions to the Office of the Comptroller of the Currency, which regulates banks.
— Merge the functions of the Commodity Futures Trading Commission into the Securities and Exchange Commission to create one new  agency to provide unified oversight of the futures and securities industries at very high centralized costs.
— Establish an Office of National Insurance within the Treasury Department to regulate those in the insurance industry who want to operate under an new optional federal charter, to make more paperwork.
— Divide and conquer centrally. Work to establish as a long-term goal three major regulators: the Federal Reserve as a "market stability regulator"; a "prudential financial regulator" to take over the functions of five separate banking regulators; and a "business conduct regulator" to regulate business conduct and consumer protection.

We need urgently to put a real and true sytem close to the people. We need to recover our responsabilities. The only way is local systems, easy to understand and to control. Act now, join and improve all local initiatives, be the salt of the earth.

We need urgently the revival of the encyclical Vix pervenit to fight against all forms of usury and put Christ in the center of the economy. France has offered a Statue of the Liberty. We launch a general auction to offer a statue of the Responsability to USA, to be built at ground zero for instance.

Kennedy was killed by crooks because he was trying to implement globally this new economy with his order 11110.

We all need God to help us at a family and local level and we need to accept all five sabbats.Lev. 25: 23

For the love of money is the root of all evil: which while some coveted after, they have erred from the faith, and pierced themselves through with many sorrows.